Globally, young people are pushed towards an entrepreneurial career through necessity, rather than pulled towards it through genuine interest. The result is that young people are most likely to own their own business in “factor-driven” economies rather than more developed ones. The World Economic Forum defines a factor-driven economy as one dominated by subsistence agriculture and extraction with a reliance on unskilled labour and natural resources. The 2016  Global Entrepreneurship Report finds that 15.4% of early-stage businesses are owned by 18-24 years olds in factor-driven economies (such as India, Cameroon and the Russian Federation) are business owners. In “efficiency-driven” economies (such as Saudi Arabia, South Africa, and Poland), the economy has become more competitive with increasingly efficient processes and higher quality products. Here, we see a slight decline in youth entrepreneurs: 12.3% of early-stage businesses are owned by 18-24 year olds. As economies develop further to rely on knowledge and the service sector expands,  “innovation-driven” economies start to appear, such as Australian, South, Korea, or the United States. In these more economically-diverse countries, only 7.6% of early-stage businesses are owned by 18-24 year olds.

The barriers to youth entrepreneurship

Commentators locally and globally have argued that factor-driven countries have a demographic dividend: an in-built advantage due to a young population that is willing and able to engage in entrepreneurial activity. But counter evidence from South Africa and India indicate that young entrepreneurs in these countries are hampered by poor physical infrastructure such as inadequate transport and communication networks, and a legal framework that fails to protect ownership and intellectual property rights .

Yet innovation-driven countries also have barriers for young entrepreneurs: their lack of credit history and assets to serve as collateral for loans mean that they lack funds to start a business, and then find it hard to scale-up their enterprise.

Young entrepreneurs in the UK

The Small Business Survey of 2014 contains the most recent data for the age of small business owners in the UK. Only 1.1% of all small business owners are aged 18-24, an even lower percentage than the 7.6% across all innovation-driven economies, which indicates that young people in the UK are even less entrepreneurially minded than the European average. The most popular types of industry for young entrepreneurs are SIC codes G, H and I: Accommodation and Food Services, Transportation and Storage, and Wholesale and Retail Trade. This finding counters the popular image of young entrepreneurs favouring technology fields, such as apps, social media or gaming, where there are low barriers to entry and the only equipment needed is a mobile device and internet connection.

Turning to profitability, 74% of young entrepreneurs turned a profit in the last year, which is only slightly lower than their older peers, at 79%.

In summary, young entrepreneurs in the UK need encouragement and confidence in order to achieve their potential. While the European Commission and OECD have largely relegated youth entrepreneurship to being a policy solution  to persistently high youth unemployment in Europe, our findings indicate that young entrepreneurs actually are more likely to be employing other people than their older peers. In fact, young entrepreneurs are source of job creation, which drives regional employment and growth. Business leadership programmes, such the University of Keele’s Mercia Centre for Innovation Leadership and enterprise education, which encourages entrepreneurship skills in schools and universities, have an important role to play in encouraging more young people in “innovation-factor” economies to take the plunge and start their own business. Evidence in the UK shows that they are likely to be successful. 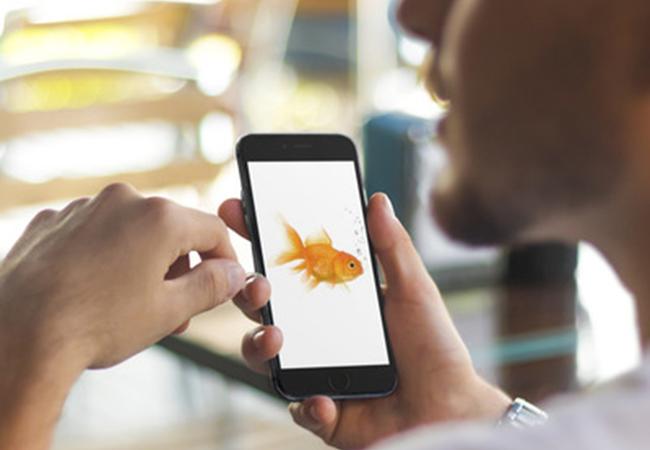 Grant Leboff is back! This time with a short video about how today’s short attention spans have transformed marketing. Grant explains how the classic “purchase funnel”, which describes how customers decide to buy a product, no longer works.

The image below shows the classic “purchase funnel” with a wide opening.  SMEs fcus on raising awareness over a wide audience, then help “funnel” customers towards a purchase decision. The problem is that large numbers of potential customers are required for this model to work.

In his video, Grant argues that the classic purchase funnel is outdated. This is because social media has drastically shortened our attention spans. SMEs can no longer rely on capturing the attention of large numbers of potential customers. Instead, SMEs should work on building long-term relationships with individuals who will recommend their products to friends and family. Check out the short video below where Grant recommends a purchase model for the digital era. 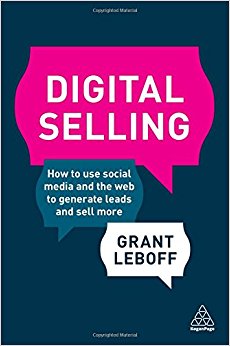 Today’s guest blogger is Grant Leboff who delivered an inspiring two-day workshop for our SME participants on sales. In this short and accessible vlog, Grant talks about how SMEs can harness social media to connect directly to their customers. Social media connects people individually. This means that sales is no longer about a company taking out a mass market advert. Instead, SMEs should focus on building individual relationships with their customers. Customers are no longer interested in a brand, more in what their friends and family think of a product.